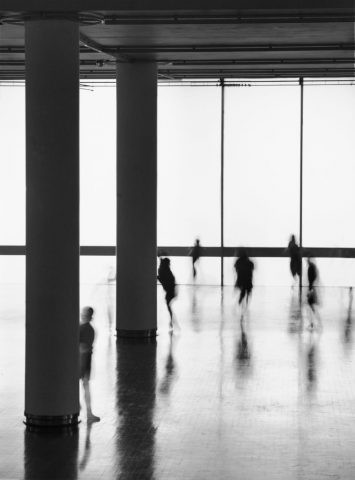 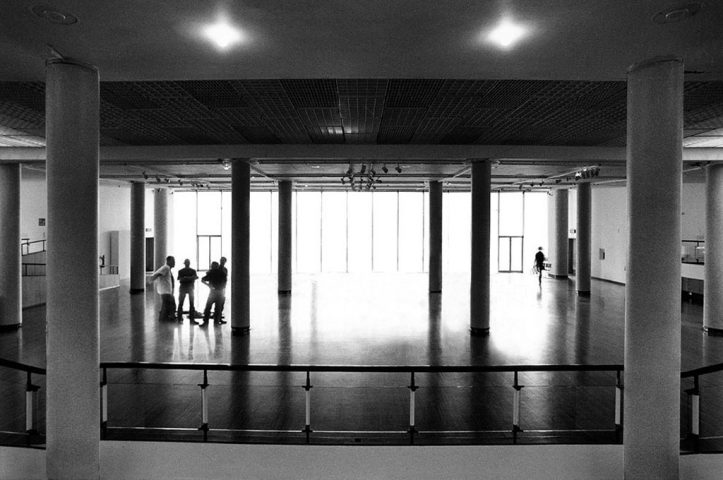 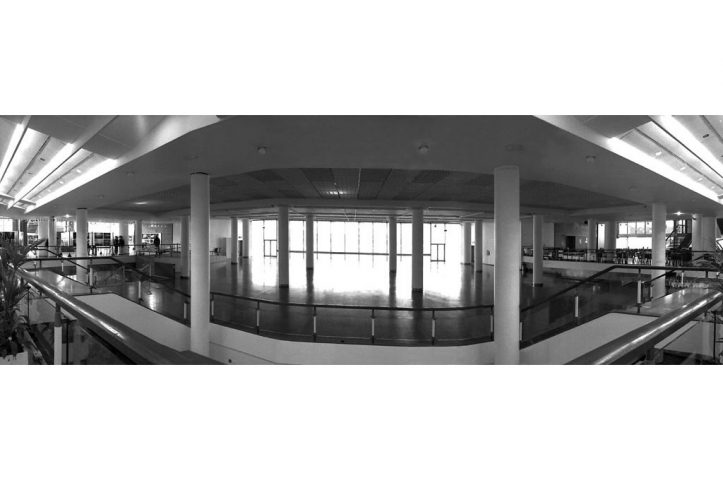 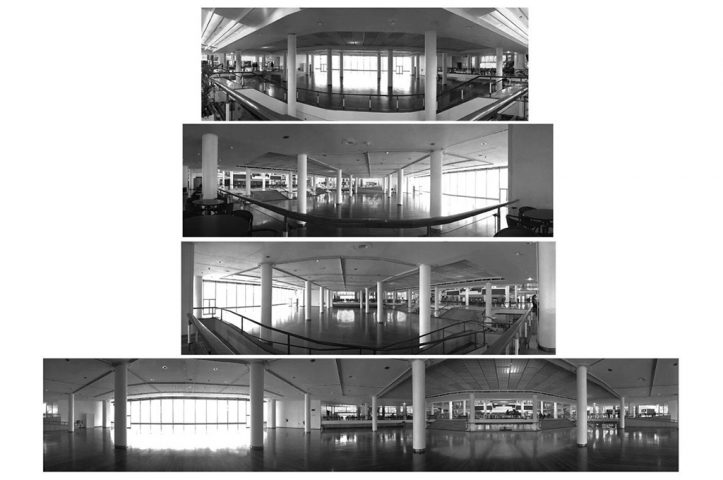 In his first solo show in the UK, Italian artist Silvio Wolf transforms the Ballroom into a timeless living sculpture – a virtual space – filled with pure white light and the sound of children’s voices. To the casual passer-by the space may appear to be empty, but with a second glance it becomes obvious that the glass wall at the back of the Ballroom is flooded with light, forming a constantly radiant backdrop. The broad belt of light creates an uncanny effect of time standing still; the light remains unchanged while all around the Royal Festival Hall moves from day to night. The polished Ballroom floor mirrors the light like the surface of a watery pool. The sound of children’s playful screeches filter through the space, emitted randomly from several hidden speakers.

In The Elsewhere “The Place becomes the Event”. Wolf has created an unseen world, conjuring up a community of children which is just out of sight and reach. The Ballroom is the site of a new experience of time and of an absent and immaterial community sharing the space with the visitor.

The piece develops an installation Wolf created for Milan’s major contempory art gallery, Palazzo delle Stelline. The gallery was originally Milan’s most famous orphanage for girls, founded in the early eighteenth century. The young girls were known as ‘little stars’. The orphanage finally closed in the 1970s, and the refectory was turned into an art gallery years later. Projecting transfigured still images and videos taken from 19th century photographs of the orphans, and transmitting the sound of young girls’ names and voices, Silvio Wolf created an installation capturing the sense of the lost community of children.

To accompany The Elsewhere Wolf has created an interactive CD catalogue which allows the reader to navigate through the installation, activating links and hotspots of sound, seeing the light and hearing the voices from a multitude of different angles. Not just a catalogue providing background information and a record of the exhibition, the CD is also an artwork in its own right as it will trigger further perceptions and a new experience of the installation to the one physically experienced on the Ballroom. A limited edition will be signed by the artist on the occasion of the exhibition.