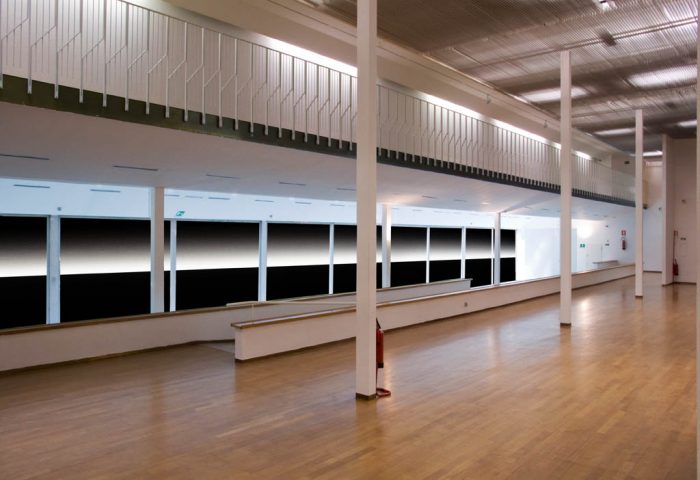 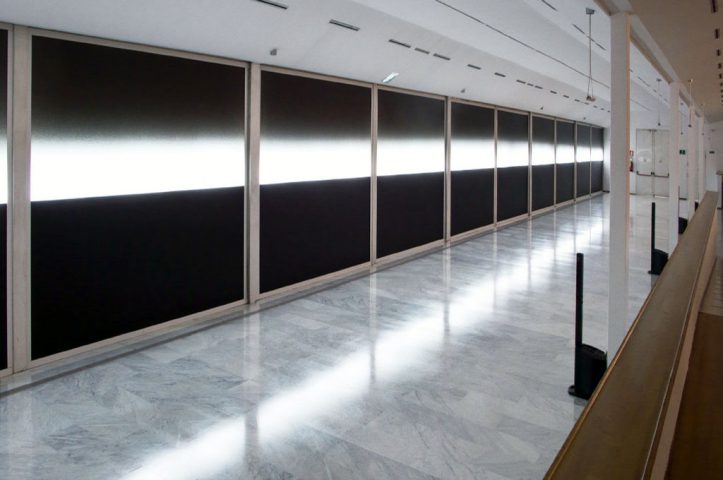 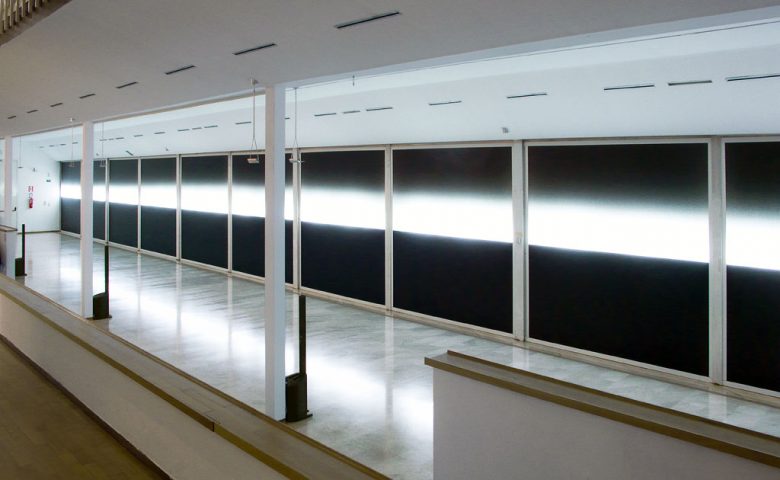 Conceived specifically for the PAC in Milan, Wolf created On The Threshold in the galleries usually set aside for sculpture. For Wolf, thresholds are “Places of transition that connect and separate, simultaneous internal-external visions. The threshold is a borderline that faces two worlds, each of which could not exist without its counterpart. That which joins also separates.”1 With this as a starting point for investigation, On The Threshold considered the architecture of the space, its material makeup, and the specific dynamic between the inside and outside of the building (the sculpture gallery is set alongside a glass wall facing an exterior garden). Wolf covered this 10-panel glass wall with a backlit photograph, creating a linear abstraction in black and white that echoed adjacent architectural elements. The effects of the artificial light (as opposed to the natural light usually visible from the garden) along with the photographic image interfered with the perception of the real environment, prompting viewers to consider their understanding of space and objects in relation to manipulations of light.