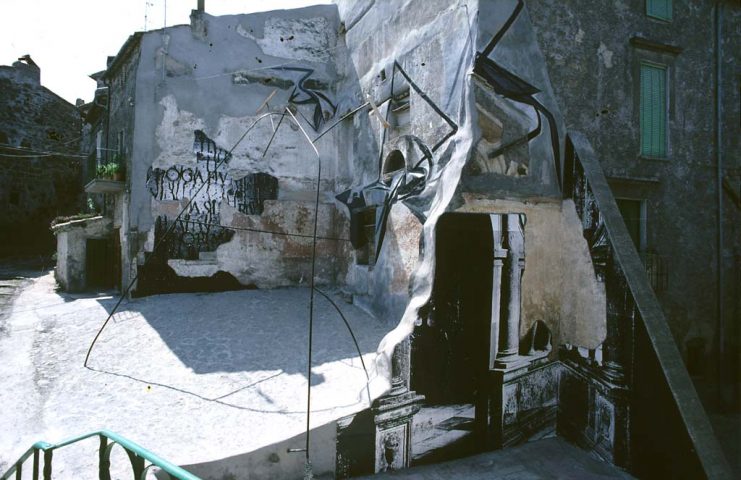 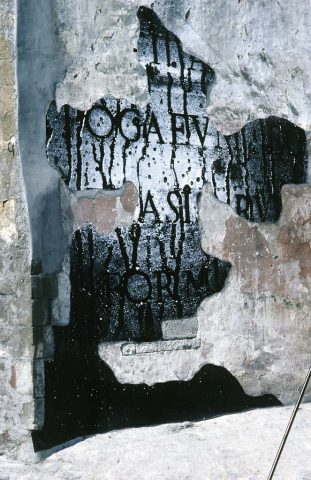 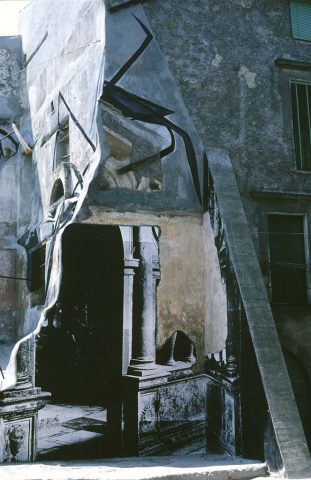 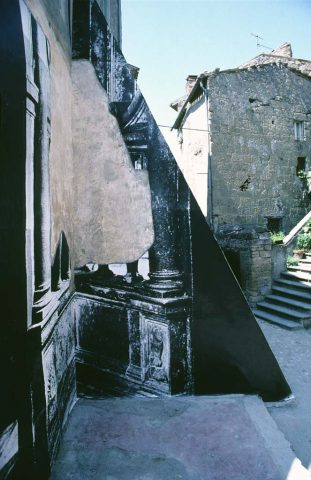 1) General view of the installation.

The site used to include a house (left) and a small church (right). The abandoned buildings were demolished by the city authority and the site lost public appreciation. Wolf, Santolini e Candiano proposed to the city council a six hands art installation to modify the present state of the ruins into a space redesigned by the art presence. The preliminary works consisted in strengthening and fixing all the still existing traces of architecture and painting on the walls. The photographic and painting works were set within those fragments of wall surface where no pre-existing traces could be identified. The sculpture occupied the empty volume of the square, building a physical connection among all sides of the space, connecting ther other two media.

A large scale photographic fragment of a marble plate with traces of water, writing and light is cut out and placed in an area of the wall devoid of  pre-existing traces.

The large scale photographic surfaces including the frescos of the old church apse are connected to the traces of its architecture. The two photographic fragments represent the same architectural structure seen from two symmetrical and opposed points of view. They build a monumental blind view compared to the size of the original church.