The Pillars of Truth

Had I not lost my Polish Grandparents during the Second World War,
Had they not been persecuted Jews in Warsaw,
Had my Father found a single trace of their unspeakable destiny

In his after war research,
I wouldn’t have been obsessed seeking the traces
Of where and when they were murdered.

Had I not been morally compelled to honour their memory,
Tracking any information about the loss of the family ancestors I never met,
Had I not browsed the Internet looking for a truthful needle

In the dark haystack of the Warsaw Ghetto liquidation,
I wouldn’t have connected the past with the present,
In this unpredictable realm of exactitude and chance.

Had they not been immersed
In the mysteriously manifold, sacred,
Realm of Reality,
Had History offered me

A reason, a meaning, a scrutable horizon
To the unfathomable experience they lived,
I wouldn’t have encountered

This photograph by Michael Nash,
Shot among the ruins of Warsaw in November 1946.

This picture tells one story and many stories.

It talks about the power of the image,
Our wish to exist and survive,
To be and resist time,
To imagine.

It is about shaping our existence
In spite of history, occurrences and death,
Being who we want, where we wish to be:
To reframe our lives.

It talks about Reality and make believe,
Fiction, imagination and Truth,
About Human being-ness.

This picture has been there for the last 73 years,
Only to be recognized Now,
Buried under the ruins of oblivion,
In the encompassing over-accumulation
Of infinite and simultaneously available information.

This image will be my
Pillar of Truth
Within the temple of all questions.

It is built by the photographer’s eye,
The architect of all that is Given,
To  stage one’s Life
The way he and she would have wanted it to be.

Everything is out there,
At our disposal,
To be selected, reflected and recognized,
Offered on the silver plate of Imagination,
Tendered when ready to be had.

As soon as the photograph is taken
The object is turned into an image,
The narrative born,
Stemmed from the ashes of Reality.

What necessarily existed,
What had to be there
For the photographer’s encounter,
Is tailored into a garment of the Real,
The semblance of a subjective thought

In the reflection of one’s mind-eye.

The Real is shaped into Reality,
The ‘thing in itself’cast into the image of the thing.

It is no longer and forever will be,
To exist in a new visual semblance:
The finite image of an infinite one.

Power,
Aspiration and desire,
The Human Theatre of Life

Is staged by a visual backdrop,
The screen of desire,
A window that obliterates the unbearable presence
Of the inalienable, Tangible Real.

Through the camera lens,
The constraint of the eye and the beholder’s viewpoint,
An Image is born.

The inception of a journey
In the desired time, envisioned space,
Memory, imagination:
In Life after Death.

My Dear
Brucha Rojsa Piatkowska,
Hersz Laib Wolf,
Will an image,
A Word or a sound

Ever-present Us
With Your Presence,
Your Life?

Shall we ever know
What you lived:
Your Reality? 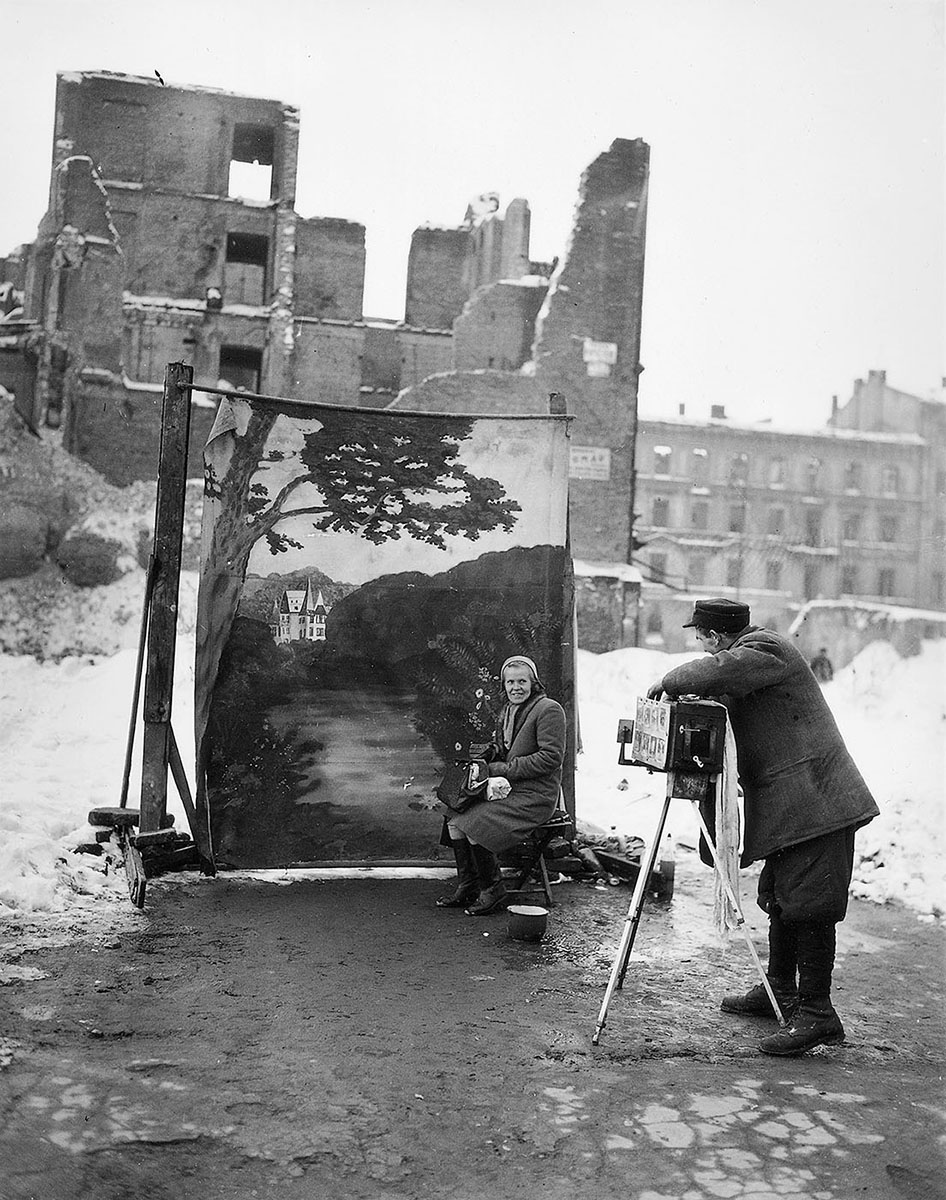 Michael Nash. A photographer uses his own backdrop to mask Poland’s World War II ruins while shooting a portrait of a woman in Warsaw, in November of 1946. Copyright: Michael Nash-AP Photo/ANSA

Once upon a time, a man believed his eyes. He thought that what he could see existed, that things as such were precisely the way they appeared to be, and appearances were a door of perception that led to a truthful way to Reality:things as they actually were. For this reason, he made his choice, became a photographer and began to capture, depict and record his visual experience of things as if every picture that he took were a question he posed to Reality, and his images the optical answers to his retinal quest.

Strangely, the more he photographed, the more his pictures revealed aspects of things his eyes were not directly able to see, as if his images were pages of an unknown language he was learning to read, offering him access to what his eyes could only superficially grasp. He began to realize that the surface of all visible things was like a skin, the first and literal level of an all-encompassing and infinitely complex entity he referred to as Reality. He sensed that the depth of its manifold nature could disclose multiple levels of perception and meaning.

Through this practice, he was posing new questions, wondering whether he was looking at the actuality or the images of things. Could he only be seeing pictures formed in his mind and defined by his thought? Why were his photographs looking so increasingly different from what he thought he had seen? In the developmental process of his ever-evolving photographic language, a deep distance grew between the vision conveyed by his eye-sight and the language spoken by his pictures, until he realized the medium he most trusted had led his eyes to a naive temptation of truth, dissolving Reality into unfamiliar forms without a bond to the past.

The gap between the ‘irrefutable given’, without which no picture can be had, and its ever-expanding interpretive content had become so vast, that his work no longer represented any objects, but only its vague and at times indiscernible allusion.

He accepted the radical transformation of his photographer’s experience, convinced his photographs were acts of faith in Reality demanding to be reframed as part of a much larger scheme of interpretation. One day he saw himself writing:

“All my work stems from an experiential root, the recognition of a pre-existing element lived, appropriated and transformed into a metaphor for Reality. I feel that things in themselves are unreachable and unknowable, and I wonder: what if things already contained all their possible images? Since each of us looks at the same thing and sees it differently, couldn’t every image we produce be the projection of a corresponding internal one, of a thought that sees and recognizes itself in what already is, out there? Otherwise, how would we choose the very image that corresponds to us among the potentially infinite, existing, revealable ones?

I think that every photograph can be understood as a symbolic form of the mind, implemented through experience. I am struck by what I cannot directly see, and capture, process and accompany it towards the formation of its image. I observe where this process leads me, and ultimately, the form it takes to assume the ‘idea’ of the thing. It is a mystery how trivial things that belong to the every day and the undifferentiated may contain extraordinary levels of complexity that lay there where we are, exactly in front of us.

I am not interested in what binds us to the memory of the photographed events, nor the narrative produced, but the power of transformation in a new Reality: no longer the thing seen nor the one represented, but perhaps the summa and the overcoming of both. If men have created an image for everything and the sensible universe is entirely mapped, we no longer have to look at things, but see through them”.

Photography had taught him to see his practice as a way to simultaneously look towards the visible outer world and the lightless inner one, and see his picture as a plane of coincidence: the Threshold where these two different, yet tightly related worlds, coexist.

Eventually, he stopped looking around and seeking new subjects, and turned the lens towards his latest photograph: a completely black one. This image was the sum of all his previous negatives and files exposed onto a single sheet of photographic paper. It no longer retained the information of any individual pictures, so that the excessive amount of information had blackened the photosensitive surface, making his images retinally invisible.

This all-encompassing image of all the images reflected his presence in its black mirror-like surface at the moment he stood before it. Looking into this blind photograph, the only thing to be seen was this ghostly-reflected image of an invisible man, the metaphor for his overexposure to the images of the world and their constant, bulimic consumption. What was left to be photographed, he wondered, still unmatched by the presence of an existing image?

He titled his ultimate photograph Meditation: a blind gaze and a chance to see, a light negated and revealed and an absence from which a presence was born. His black-mirrored photograph was a meditation on Photography, the Subject and Reality at the same time.

This meta-photograph emerged from the ashes of the visible, at the end of any possible photographic representation, and inspired him to write the following words:

Reality ‘as it is’ is unattainable:
Present and distant, literal and obscure, evident and complex,
Multilayered and enigmatic,

Through our vision and expression

The things in themselves become things as they are for us:
Our visible ideas of what we call
Reality,

It is not about the way things are,
But the way we see them,

Isn’t our mind the special place where Reality
Becomes Exactly Who We Are?

Reality is the object of our thought:
What unity lies behind the diversity and complexity
Of the manifold appearances of Reality?

Is there a way to grasp such elusive unity
Through the windows that we open on Reality?

How can we allude to such unreachable wholeness
Through the limits of our languages?

The forms through which we express ourselves are mysterious,
Literal and symbolic at the same time,

These planes simultaneously exist
And one offers access to the other,
Can an Image tell me 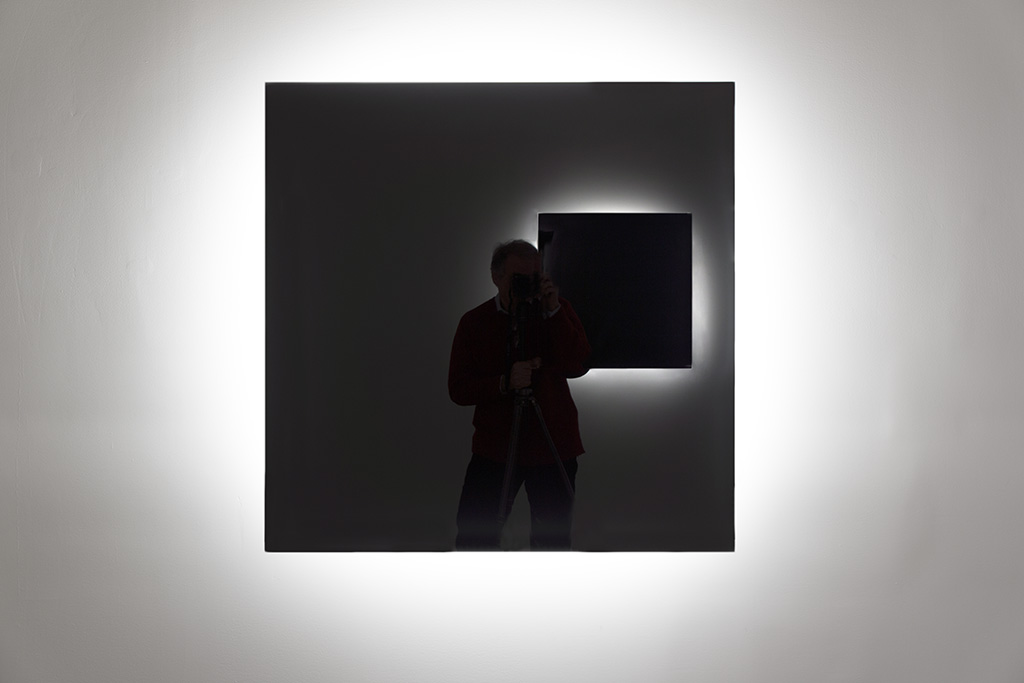 Doors of Perception
Are Gates to the Unknown.

Inside and outside,
Places connect and divide.

Windows, Mirrors and Screens,
Acts of Faith in the Theatre of Life.

Existence and Illusion,
Subjective Reflections in the World of Objects.
Images are Optical Truths,
Thresholds of Reality. 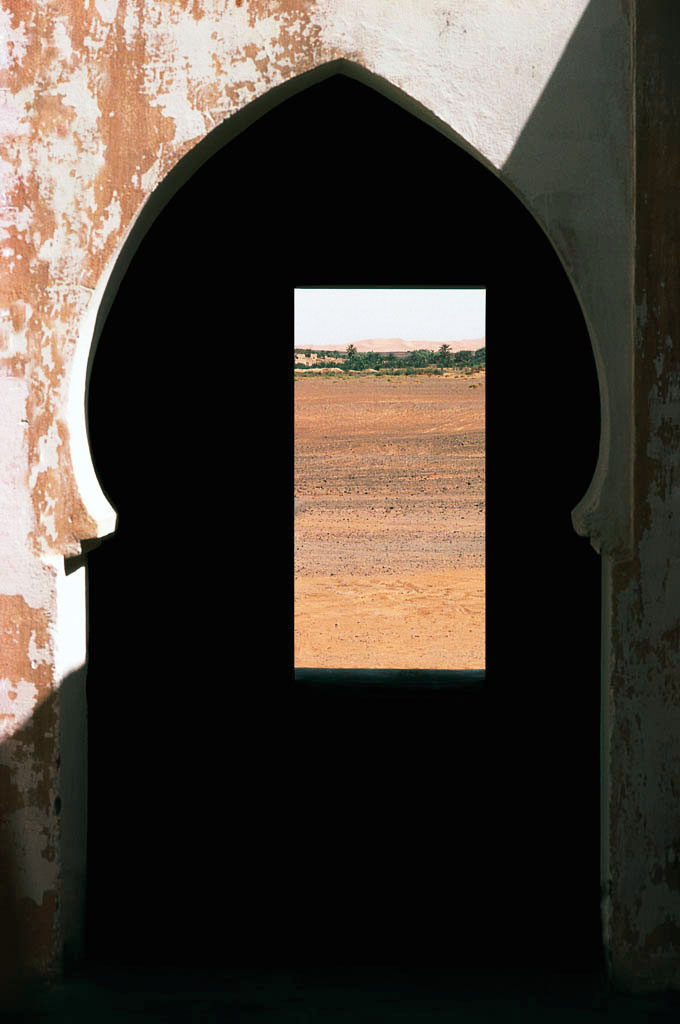 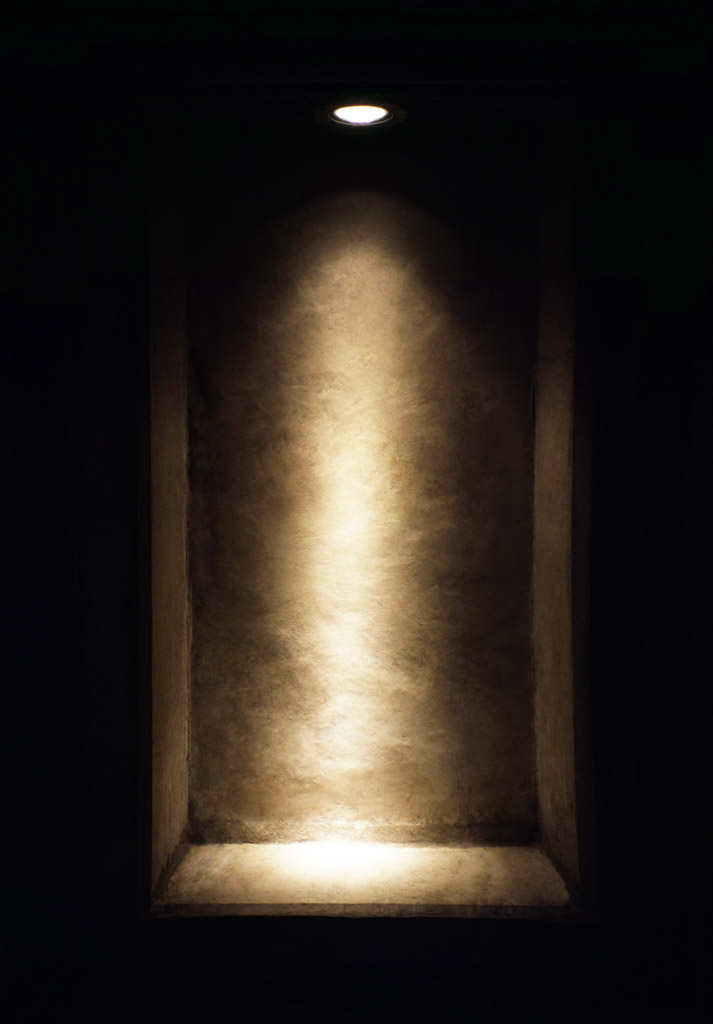 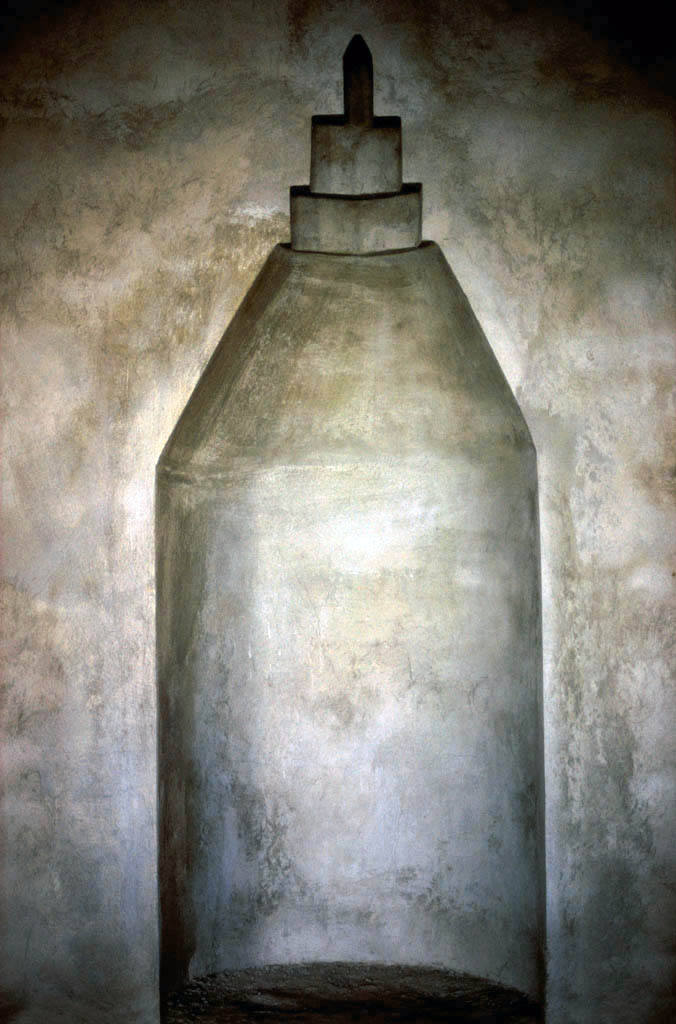 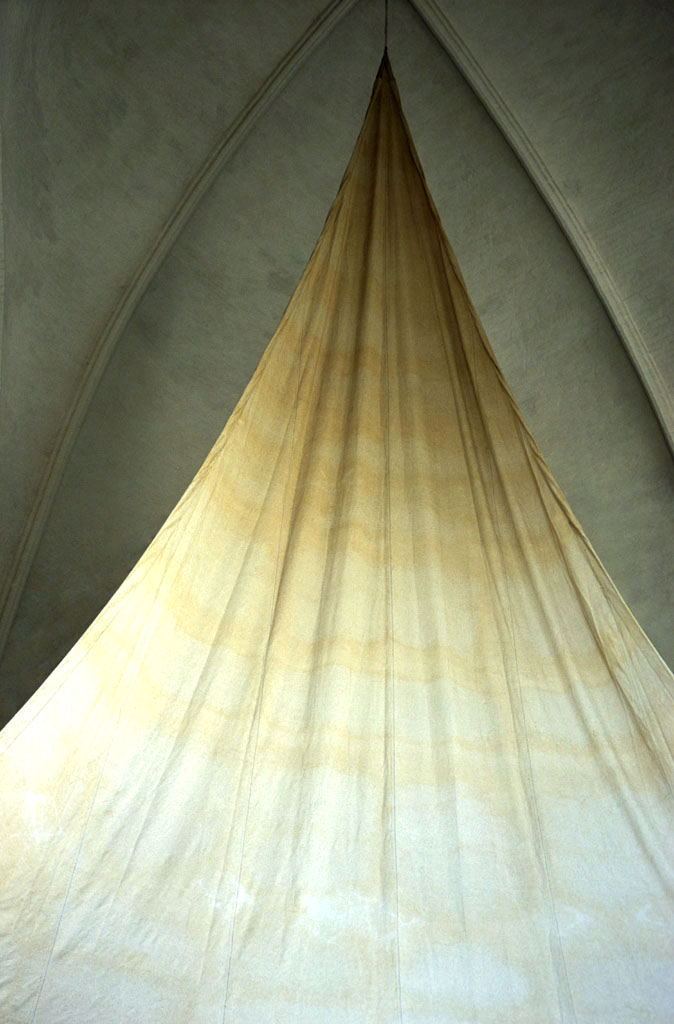 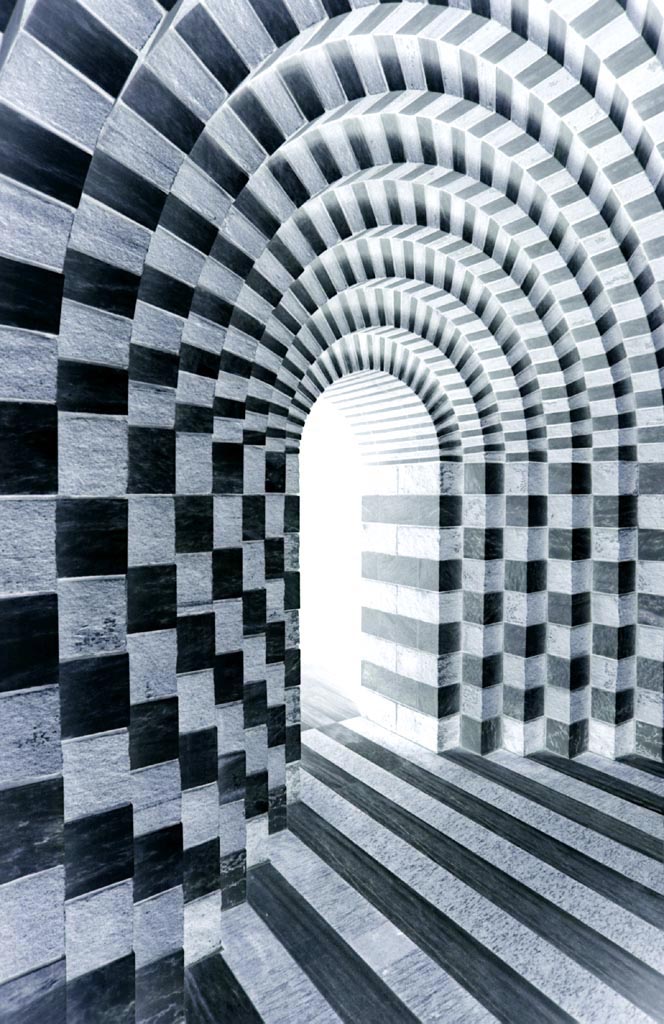 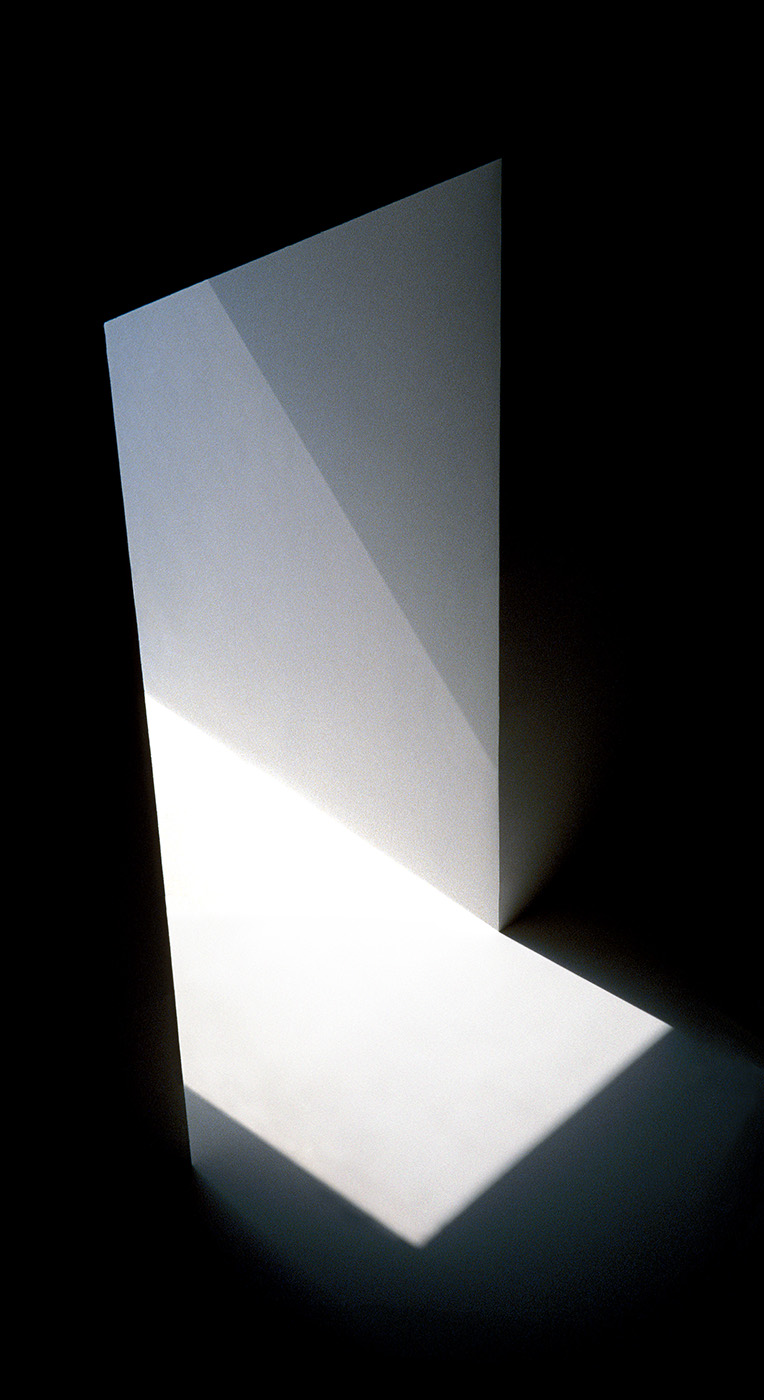