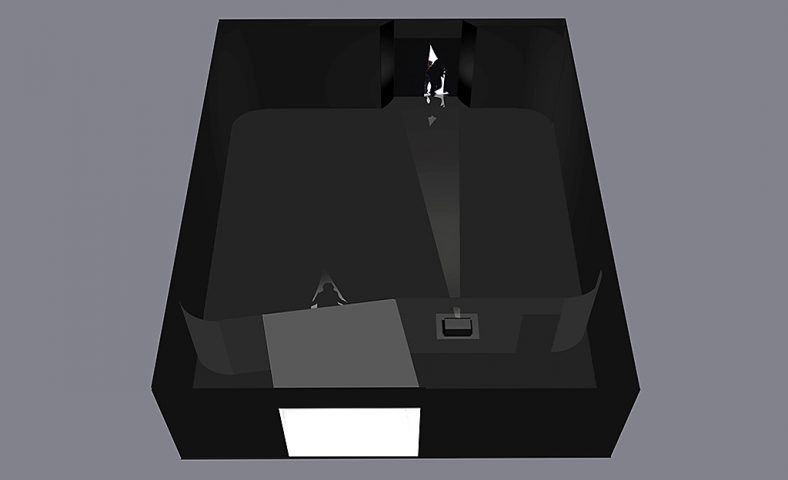 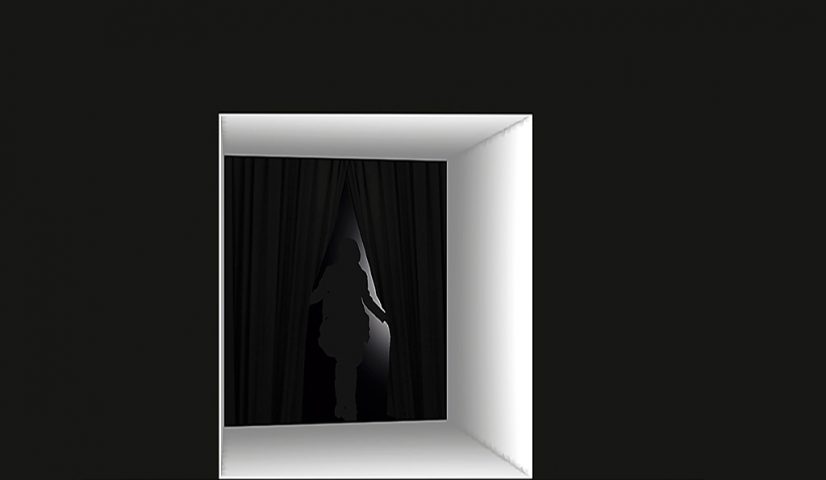 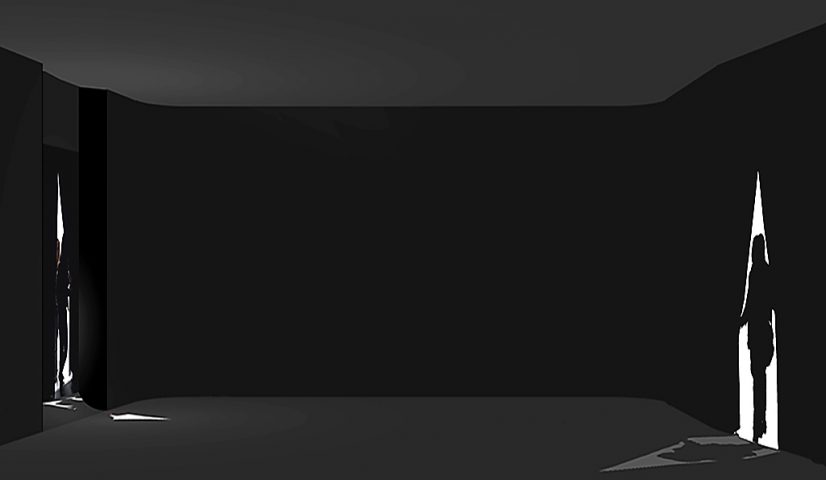 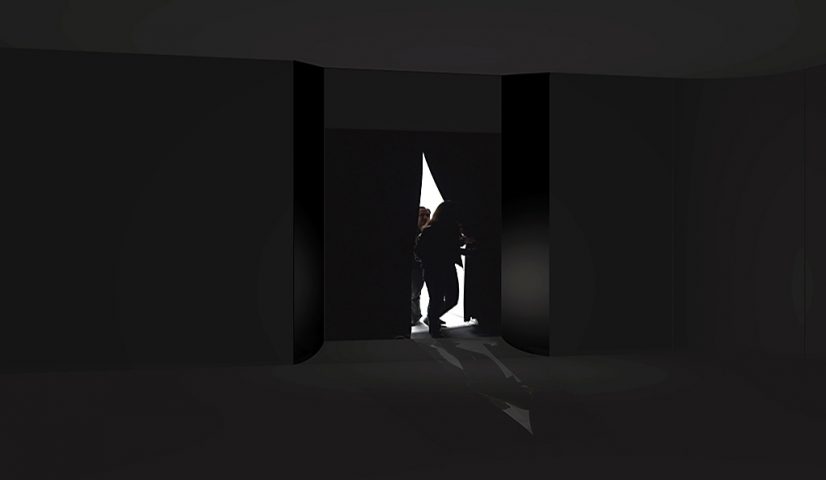 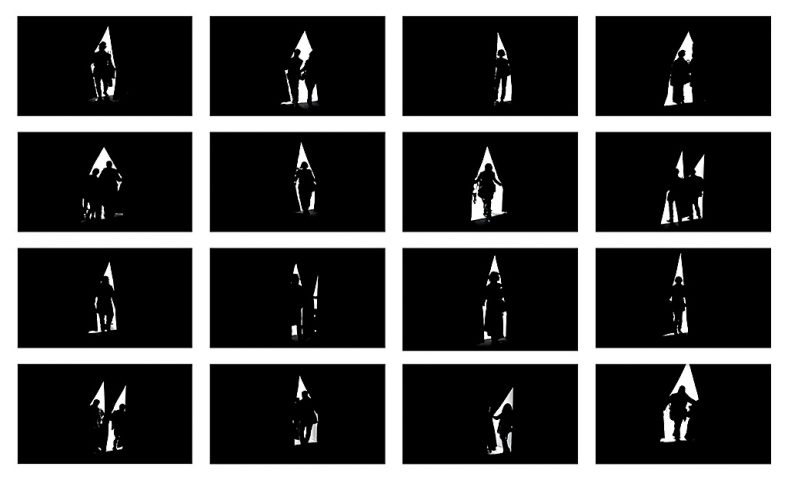 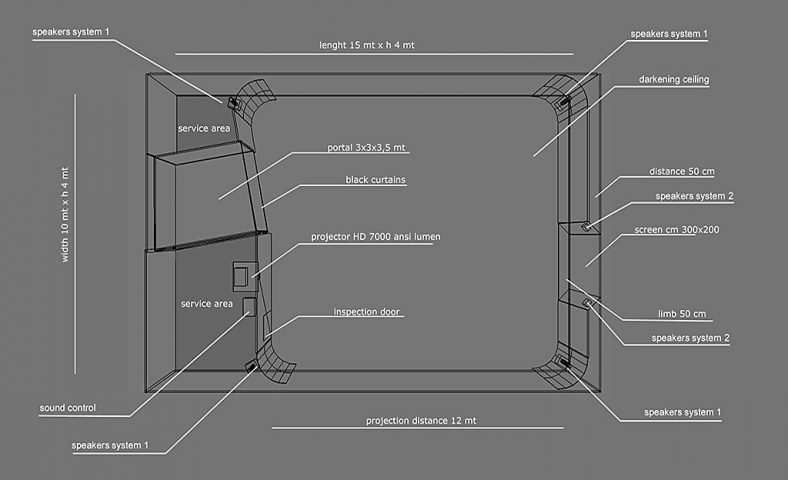 Unlimited – Double Threshold is a project inspired by the very place for which it is conceived: concept and space are created together, so that there is a perfect resonance between the work and its hosting place.

This installation explores the notion of threshold as a physical as much as a metaphorical transition, a borderline facing two worlds: a limit between inside and outside, presence and absence, here and elsewhere that connects and divides at the same time. That which joins also separates: all life is a continuous crossing of thresholds.

Unlimited – Double Threshold is a statement about the nature and aesthetics of the exhibition spaces in Hall 1 at Art Basel: to access the interiors and experience the artworks implies a constant transition from light to dark, outside to inside, mundane to symbolic. This installation consists of a dark void marked by the presence of viewers who enter the room through a white portal and a black curtain, to discover an identical and symmetrically placed aperture at the other end of the room. Like in a live pinhole camera obscura, they observe a seemingly endless flow of visitors who enter and exit the very same space from the opposite direction, being surrounded by a pervasive, primitive and transcendent sound: this is the only matter filling the cavity of the room, in a perfect balance between reality and illusion.

EXPERIENCE OF THE VIEWER:

After having entered and exited so many other rooms, the viewer is now immersed in a space apparently devoid of any material objects, questioning what is there to be seen, what artwork can be viewed. The inner space of the installation takes the form of a contemporary Plato’s cave whose shadows of reality and technological graffiti portray the wandering explorers, mirroring their own gesture while entering and exiting the mysterious space. Like the giants of the cave, they become gradually aware to be spectators, characters and performers at the same time, led into a journey of reflection and awareness: transcending the threshold is the way to actualize an unlimited present-perfect experience.