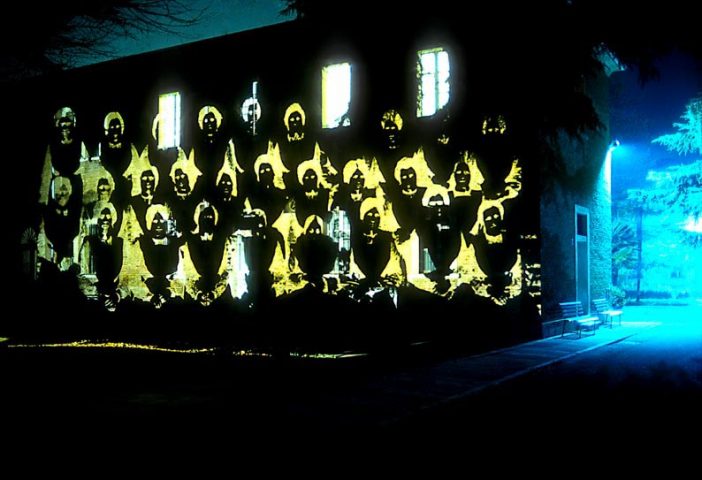 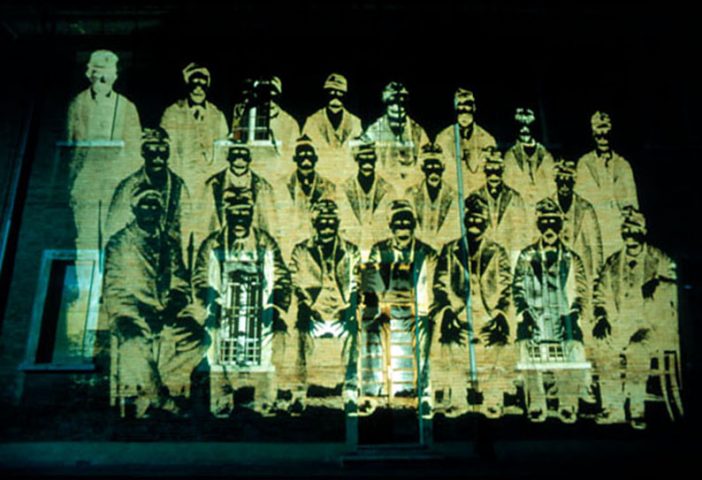 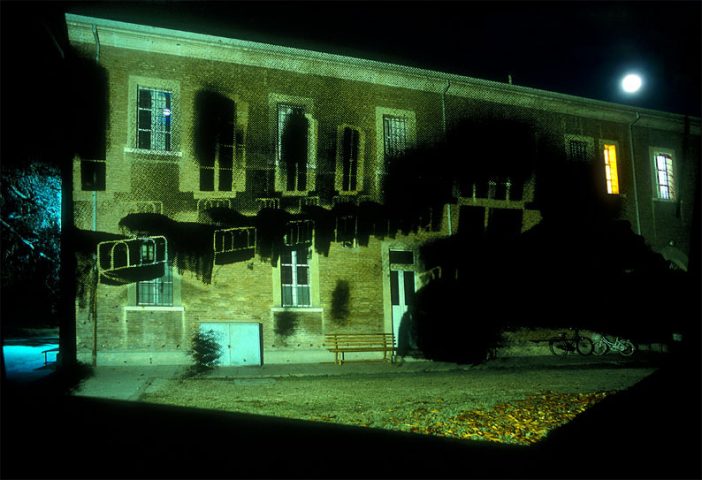 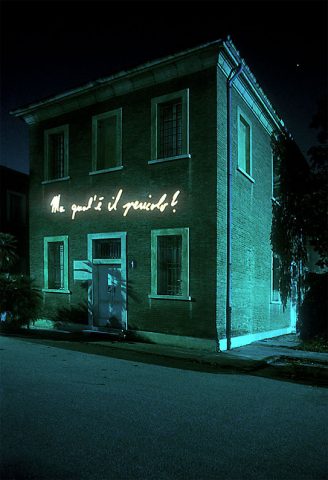 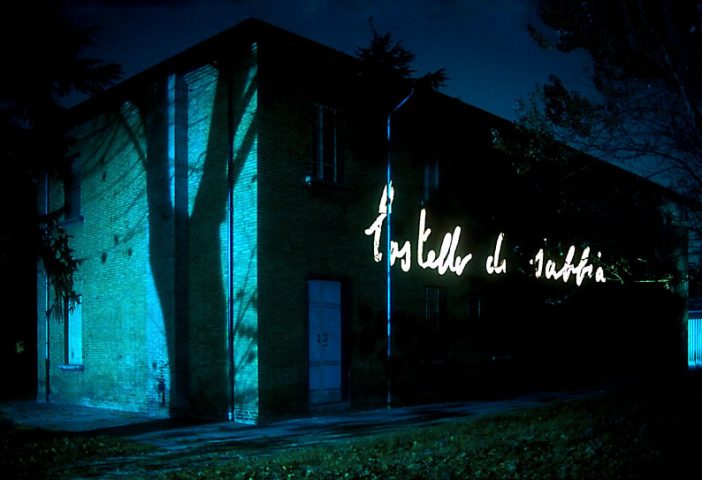 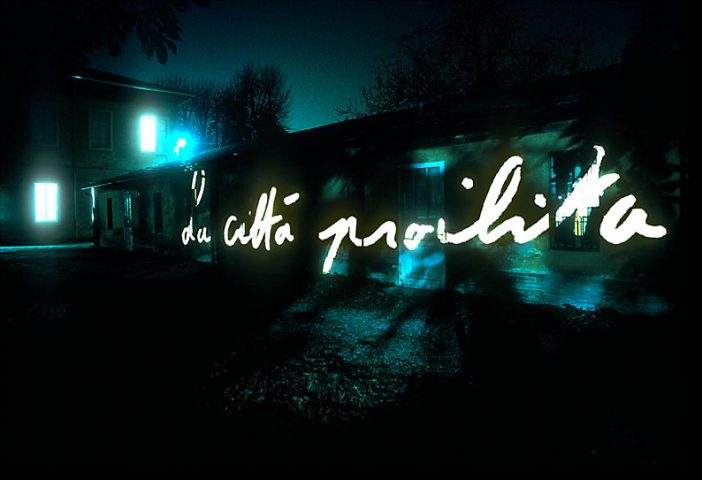 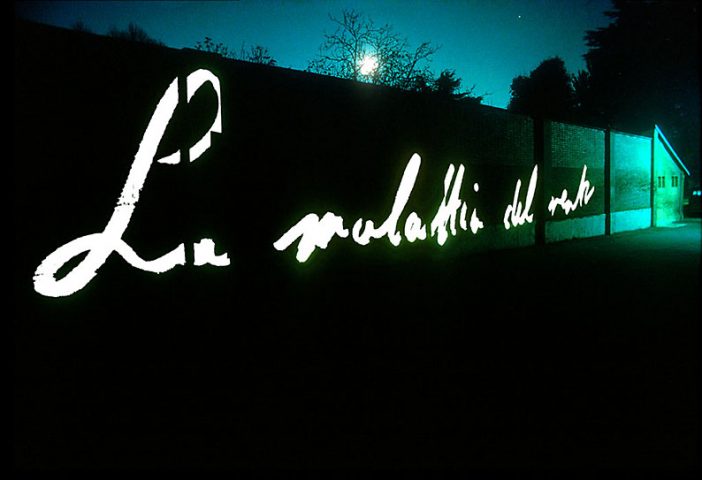 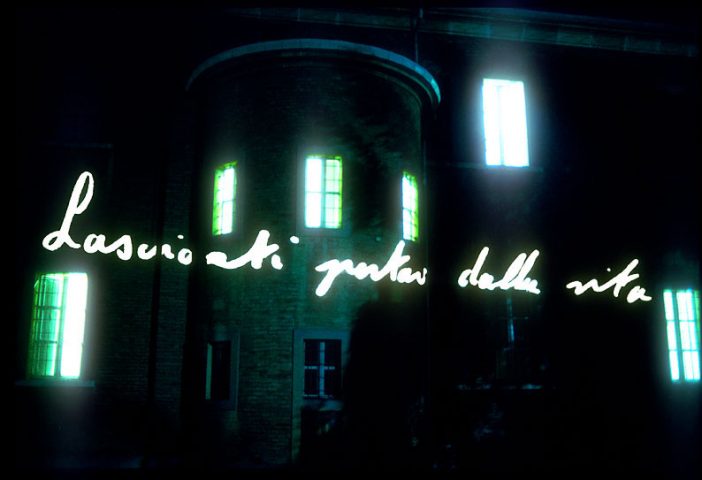 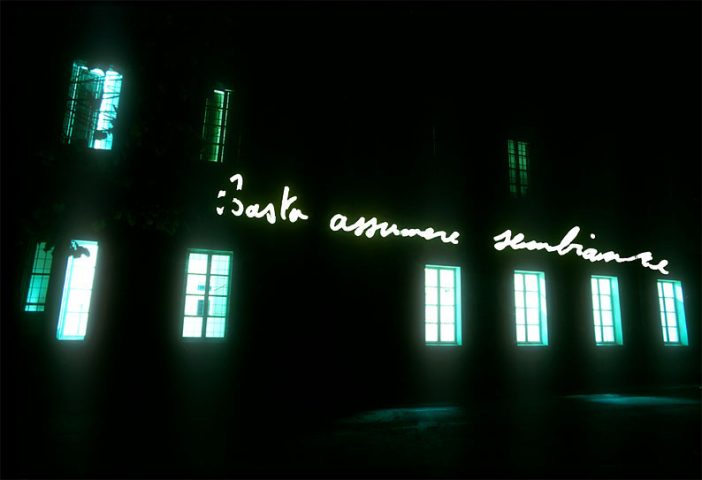 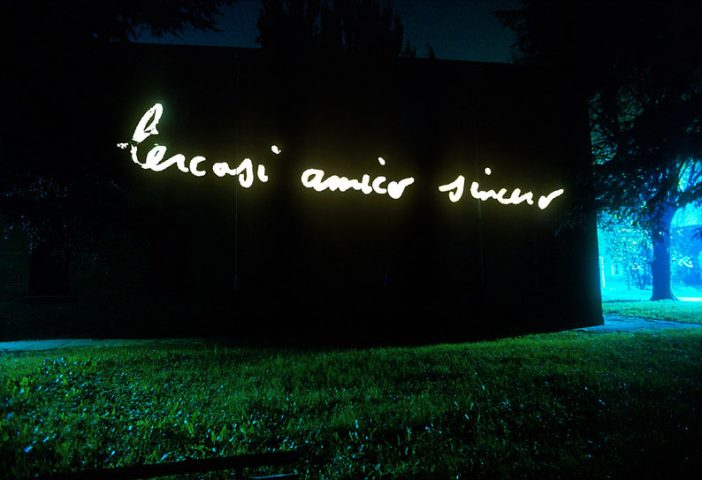 Projected on the exterior walls of a former internment hospital for the mentally ill, Wolf’s L’Osservanza, titled after the name of the sanatorium itself, consisted of slide images of patients formerly confined to the asylum, as well as phrases shared with the artist by current patients in the modernized therapeutic institution. A commissioned project by the hospital, Wolf lived within the institution for three days. While there, he established a verbal dialogue and relationship with the patients to understand their lives and points of view as inmates within a complex who were no longer secluded behind an impenetrable wall, but who’s everyday lives were still not integrated into the outside world. Sentences recorded from the patients and projected onto the buildings read: