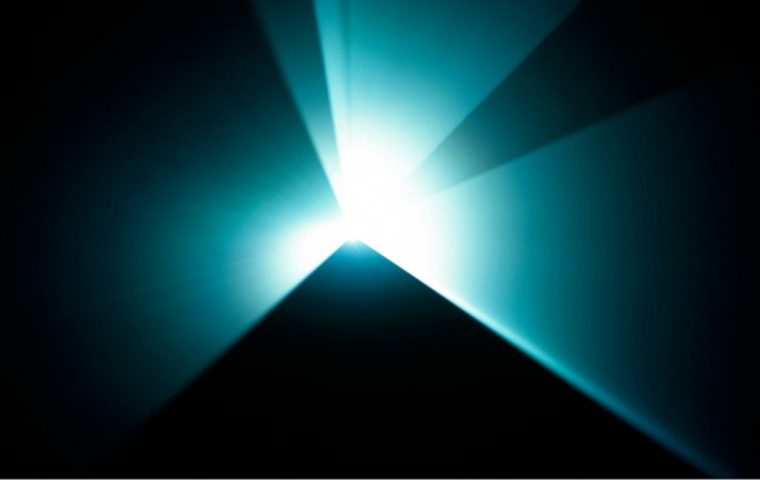 Light Wave is an organic image of light: an architecture of light.

The image was produced by capturing the light radiated by the rays of a film projector. I immersed myself in the luminous cone, making long exposures with an open shutter, holding the camera by hand, transmitting the vibrations of my body, my breathing to the image, and not seeing what I was shooting. The image thus produced is the result of the sum of an enormous number of film frames absorbed in a single, still frame.

The work was shown for the first time at the Venice Biennale as part of the multimedia installation The Names of Time; it juxtaposed the static, two-dimensional nature of the photographic image with the vibration of light, the architectural space and the immaterial progress of sound reflected from the antique walls of the Tese delle Vergini. Light Wave operates to give life and splendor to a place of sight and listening, meditation and experience, in which the audience is an active, participating factor.