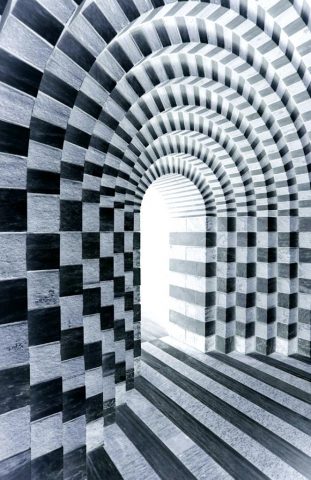 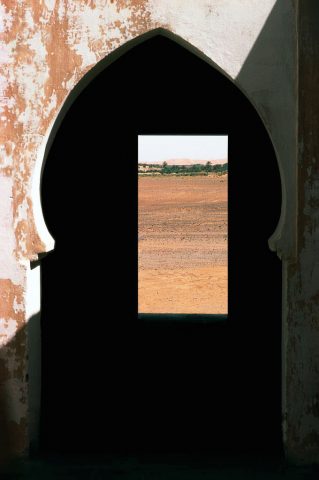 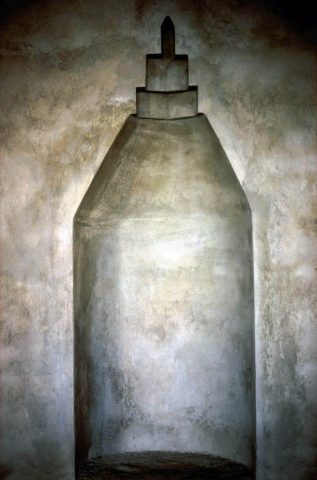 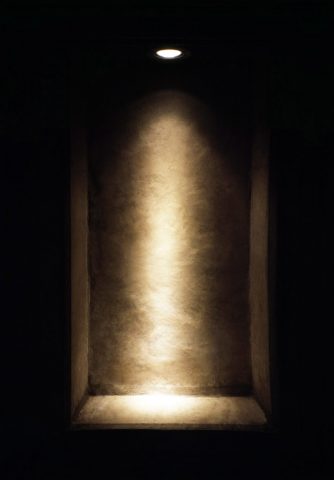 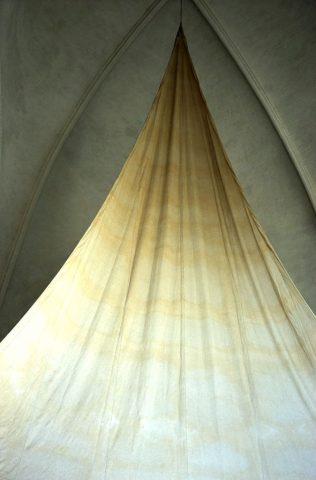 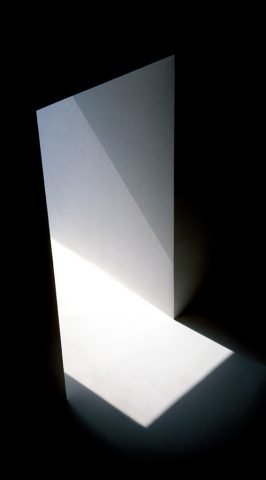 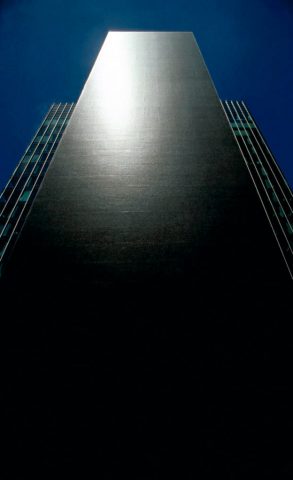 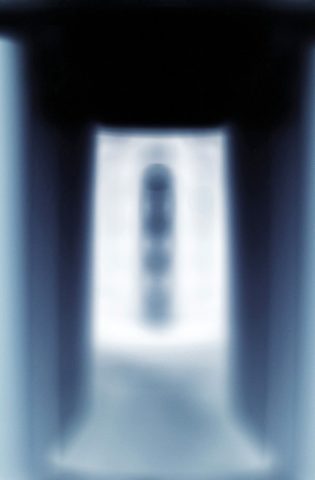 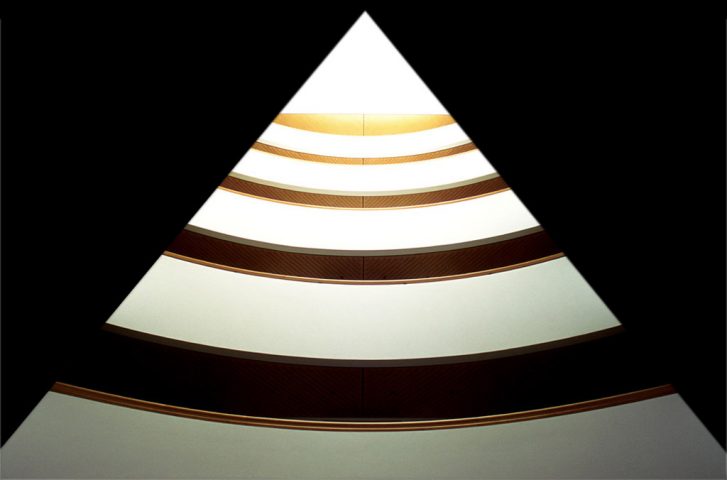 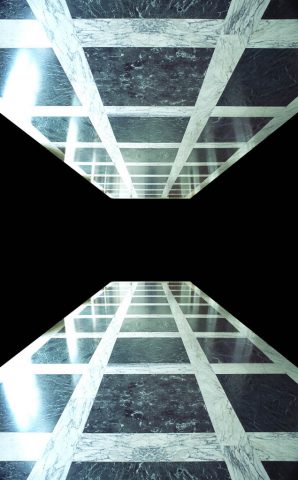 The idea of the Threshold is found in all my work, in different forms, in the images inspired by architecture and the more abstract pictures as well. The concepts of the limit, of absence and elsewhere are expressed through metaphors of space and symbols of places.

In the architectural images I recognize the threshold in real places I interpret as models of reality: that limit between inside and outside, presence and absence, here and elsewhere, capable of indicating possible paths, experiences, forms of otherness. Places of transition that connect and separate, simultaneous internal-external visions. The threshold is a borderline that faces two worlds, each of which could not exist without its counterpart. That which joins also separates.

I find the words of Pavel Florensky very striking; though far from my Tradition, I feel they come close to my idea of the threshold: “According to the words of the Genesis, God “created the heavens and the earth” (Gen. I,1), and this division of the whole creation in two parts has always been considered fundamental. Thus in the confession of faith we call God “Creator of all things visible and invisible”. These two worlds –the visible and the invisible- are in contact. Nevertheless, the difference between them is so great that the problem cannot help but arise of the borderline that puts them into contact, that sets them apart but likewise unites them. How can it be understood?”

The places I photograph are deserted, immobile, suspended in time. Man seems to be inscribed in them, yet without ever being explicitly named, as if they already contained him, and were somehow his spatial emanations.

Maybe my attraction to places of transition also indicates that Photography, as a symbolic language, can be thought of as a threshold between the visible real and its multiple levels of interpretation, the limit and point of coincidence between material and immaterial, visible and invisible, real and possible. Photography is an interface, the threshold between the Self and the Real.