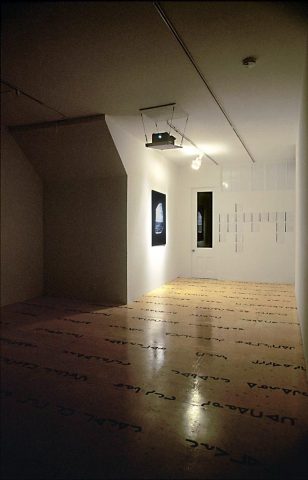 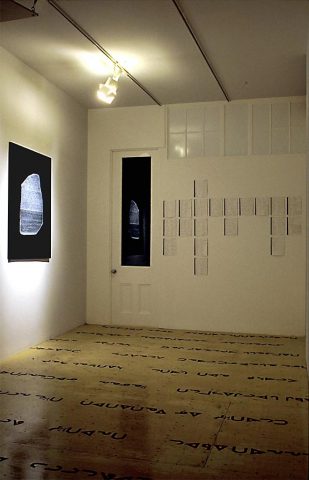 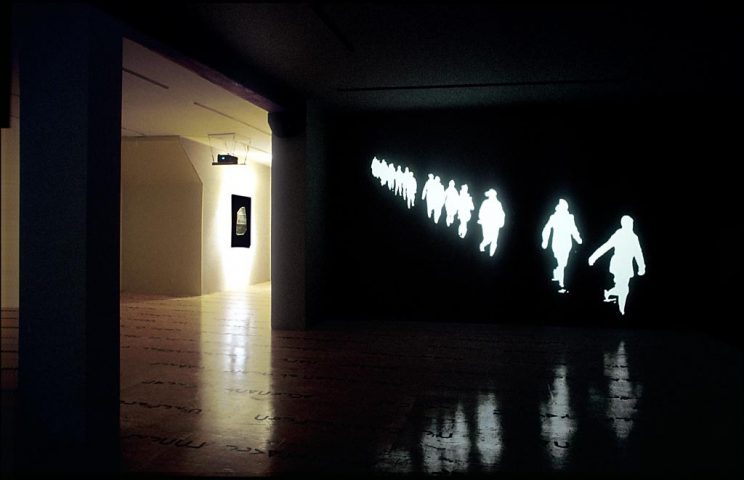 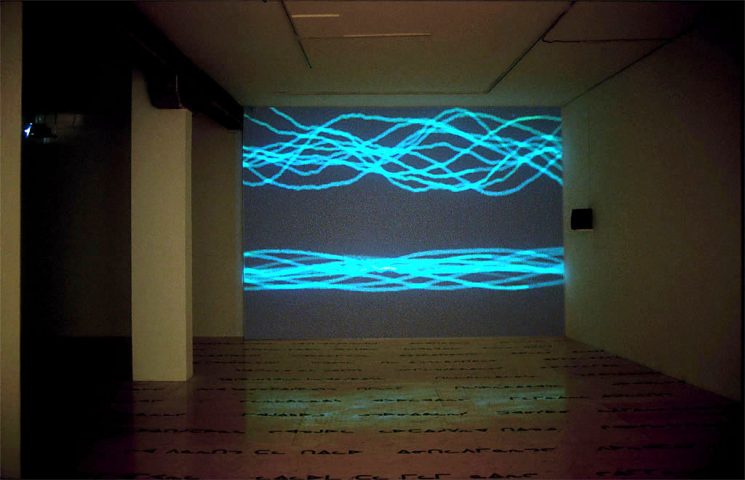 During my journeys to Québec in 1994, 1995 and 1999 I became increasingly aware of the coexistence and dichotomy between French and English heritage, language and culture in the Country.

I’m personally very sensitive to language related issues for different reasons, mainly having to do with my own mixed background (I was born from a Polish father and an Italian mother), and my cultural upbringing (first Italian classical studies and then English photography and visual arts education).

I recently dealt with such issues in my site-specific installation La Zone d’ombre at the Musée du Québec, based on the interactions of symbols of the origins of the Country, of the building and of the artists through the use of photography and light, architecture and spoken language).

I’m now focusing on the linguistic specificities of Québec in the conception of Double Breath/Double Souffle: a site-specific project in two parts:

An in situ urban installation based on the use of live and recorded sound.

A site-specific installation in the gallery  bases on the use of photography, light and sound.

These two different polarities of the project interact in terms of “private and public, inside and outside, near and far”.

Particularly the gallery installation (the inside) is not only a project on its own, but also reflects upon the identity of the urban intervention and its reception (the outside), adding a speculative view-point to the event.

Another linguistic element that I’m considering for this project is the use of “Inuitituk”, the language of the native inhabitants of the Country, thought as a metaphorical arbiter and center of gravity for the dualism between the French and the English polarities.

In my concept the notion of breath is the primary sign of life as much a sign of communication between men. Speaking and breathing are not separable from each other: breath unifies the nature of human beings as much as words can separate them. Whatever joins can part.

Thus the two languages of Québec can be taken as the expression of a universal metaphore for life and communication between individuals as much as of the incompatible duality between strangers.

The accomplishment of this project requires my preparation of the work from the distance and then my presence and involvement in the place, reseaches and collection of the primary visual and acustic materials, and their development, editing and setting up in location.

For these reasons I would like to apply for a period of about four to five weeks to the residency program at La Chambre blanche to fully develope my in situ creation.