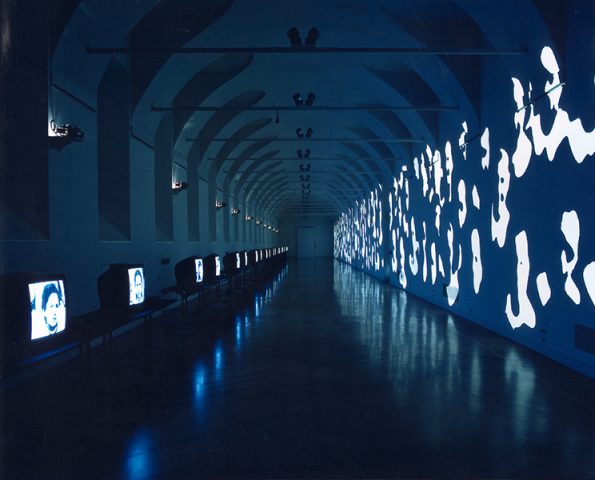 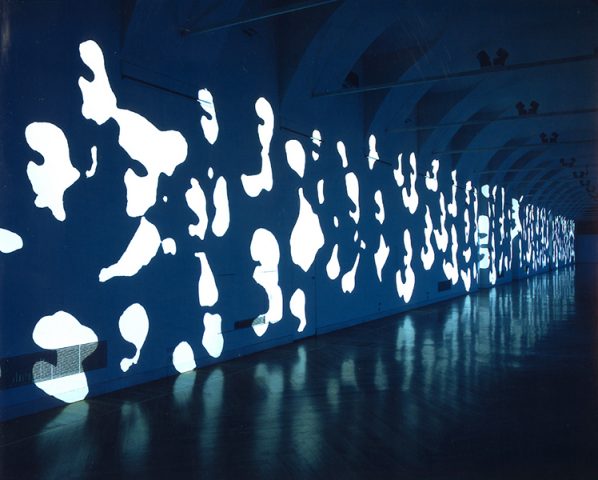 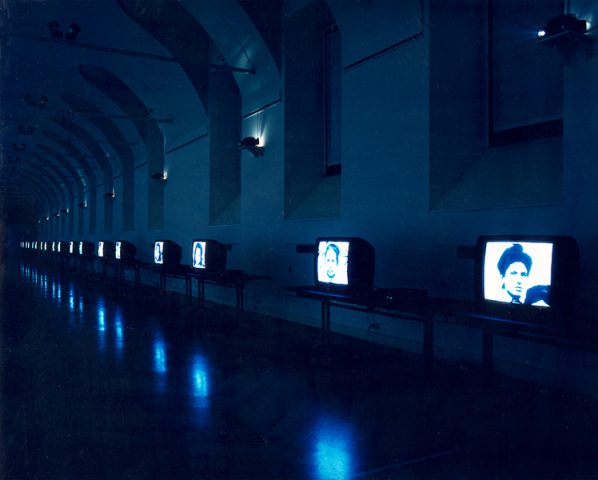 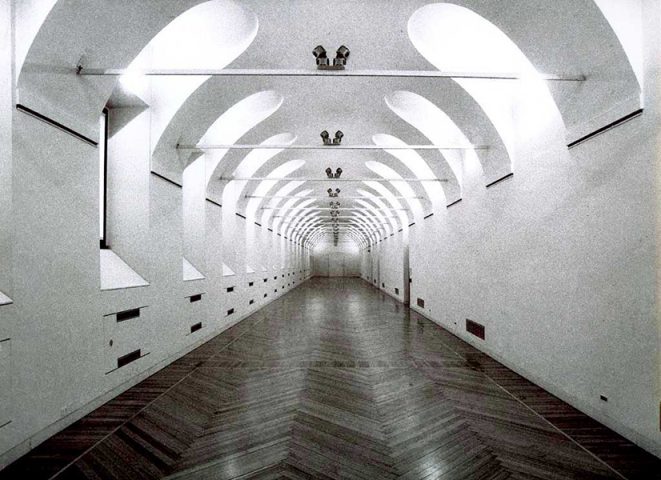 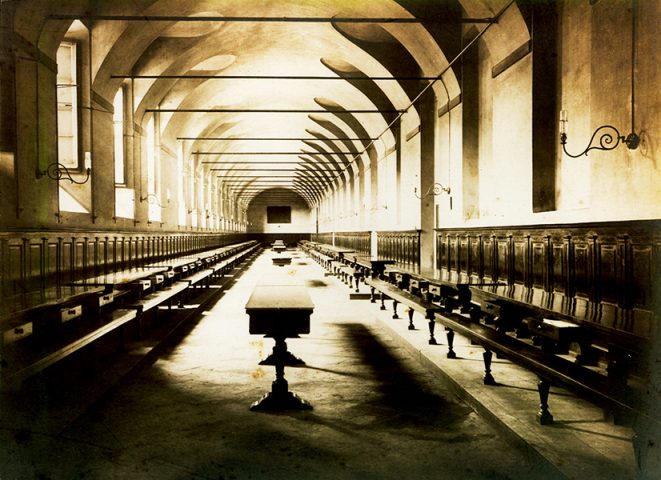 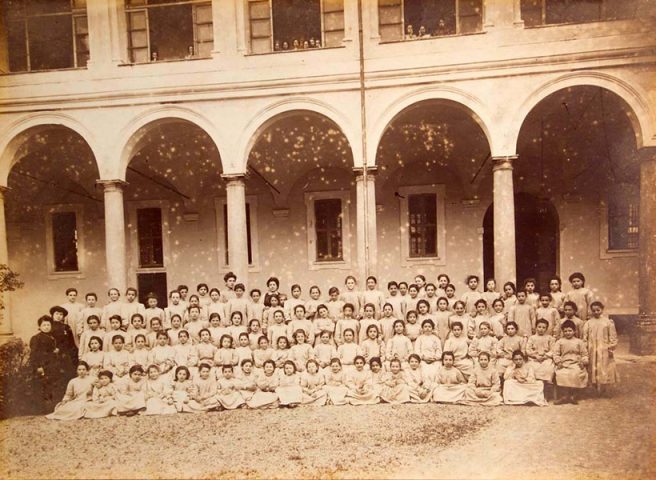 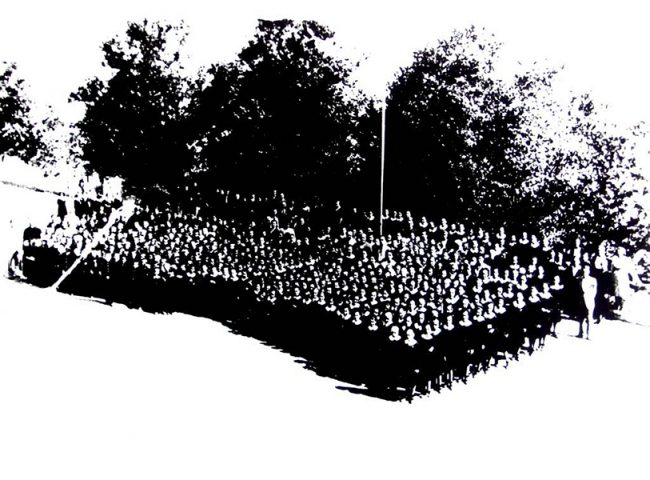 Silvio Wolf has designed Luci Bianche (White Lights) working on the memory of the Refettorio (Refectory), the iconography of the Stelline (Little Stars: the name of the female orphans who once lived there), and the architectural space of the former female orphanage.

The artist was inspired by the original images that he researched in the historical archive of Pio Albergo Trivulzio, another historical institution in Milan; he photographically transformed and simultaneously projected them in a fixed form on the North wall of the space. This creates a single 65-meter-long image that seamlessly represents the Stelline’s faces transfigured by light.
The alternating of presence and absence of white light reflected from the wall gives life to an original binary code: a constellation of new faces is fixed to the architectural structure of the Refectory.

The rooting with the history of the place is also represented by the presence of ten tables placed along the South side of the gallery, according to the arrangement of the original dining tables.
They scan the space along its entire length and 20 TV sets are placed on them. The simultaneous broadcast of the videos diffuses the uninterrupted flow of the Stars faces in the hall.
Fragments of white voices emitted by each video channel elaborate the sound memory of the community that inhabited this place for more than two centuries until the ’70s of the XX Century.

Silvio Wolf acts on time and space through the creation of new generations of images.
The place and light are together the object and means of his work. Origins and new creations interact in the very space that originally generated them. The photographic images, videos and digital sounds actualize and transform its memory. The welding between intangible elements of tradition and contemporary languages is the key to the symbolic reading of this work.