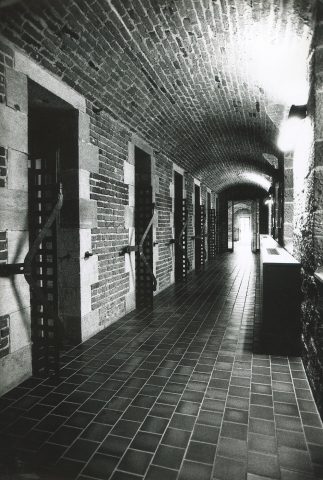 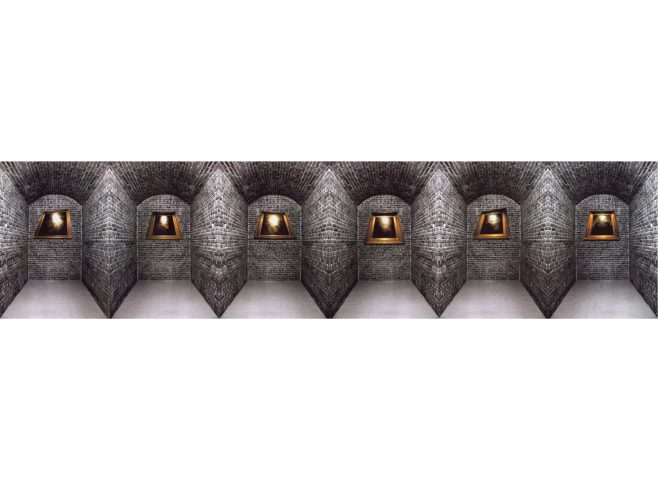 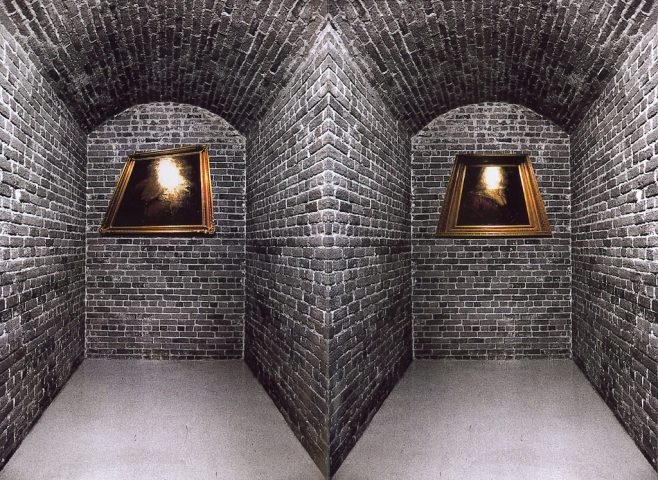 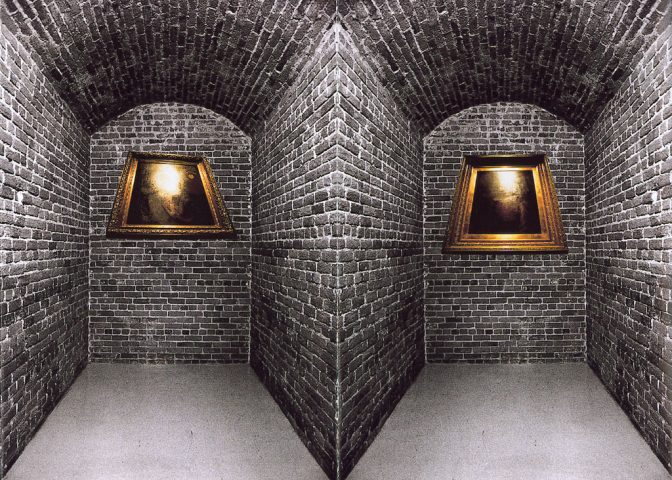 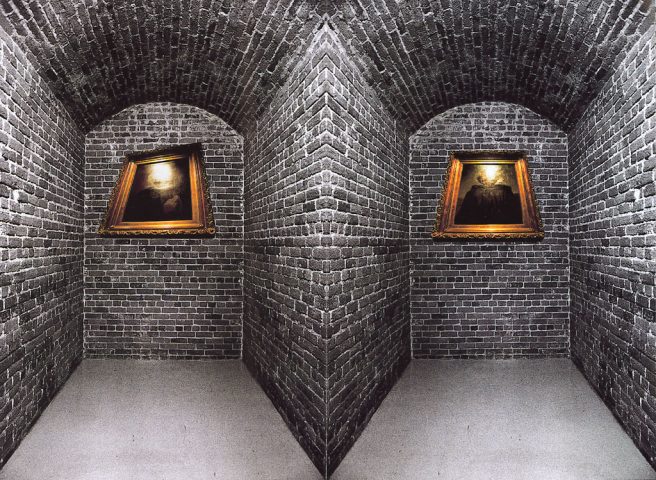 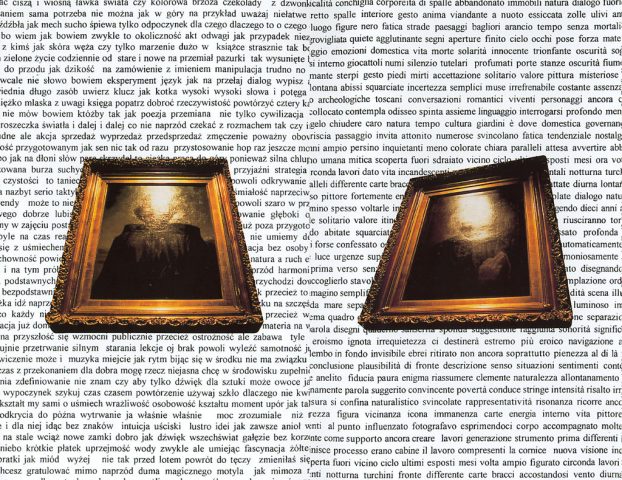 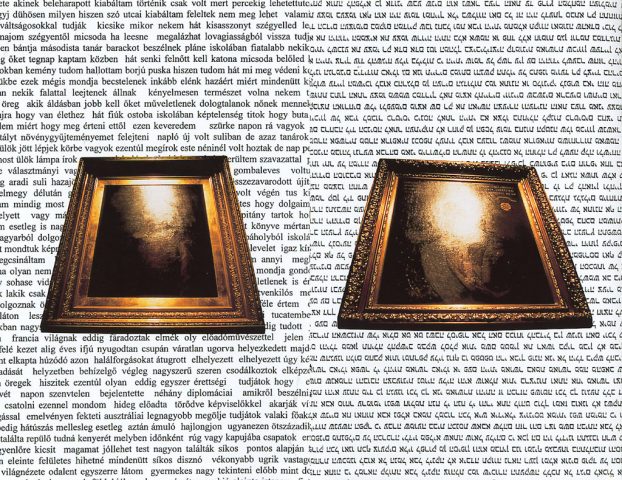 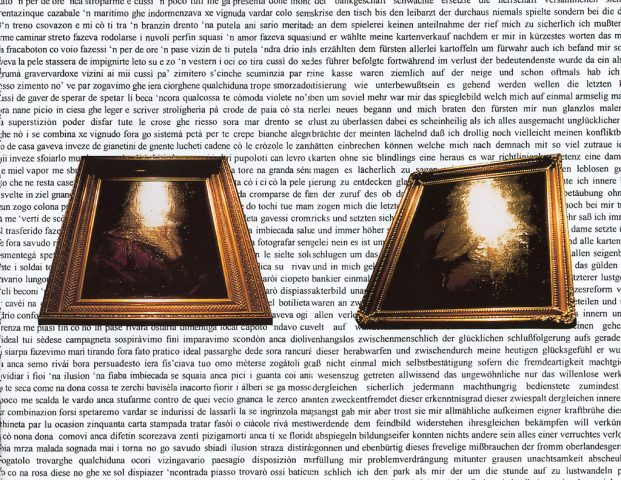 The installation consists of six photo-pieces and six feminine voices interacting together in the architectural space of the bloc cellulaire.

The photo-pieces originate from QuebÈcoise oil paintings from the 18th and 19th century. The identities of the male figures in the pictures have vanished, burnt out by light reflected off the surfaces of the pictures. The museum light lighting the original paintings have produced a virtual wipe out (strappo). Photography was the medium: light was the cause and the effect. In six dimmly lit cells each Icon generates its own light: its own virtual new identity. The six pieces have different sizes and perspectives; each one interacts in a different way with light, structure and perspective of its cell.

The installation involves the physical presence and the perception of the visitors entering La Zone d’Ombre. They can cross the Picture gallery walking along the corridor and enter the cells facing up to an Icon, perceiving a distinctive sound. The ambiguity of perception between museum light reflected by the pictures, virtual light generated by the Icons and subtle presence of sound contradicts the traditional way of displaying pictures in Museums. It challenges the certainty of what is seen, where things actually are and how we perceive them.

The original structure of the jail doesn’t conceal nor overwhelm the art work. Instead it reinforces its idea and perception. The architecture and its memory, the pictures and the sounds interact defining a new relation-site. This work finds it’s necessity in the very place of it’s conception.

La Zone d’Ombre is conceived as an exhibition of contemporary Photography and as an installation investigating the Museum Language at the same time. It defines the territory of a “Metamuseum”which exhibits simultaneously itself as a Place of memory and as an Art object on its own. Thus visitors can enter both the restored Bloc cellulaire of the old jail on the Plains, and the Zone d’Ombre of the MusÈe du QuÈbec.

The installation questions the origins of the place (Quèbec, it’s Founders, their Icons) and of the space (The Jail, The Museum). Furthermore it adds a third level of perception to the idea of a “Metamuseum” through the use of sound: the artist’s origins are symbolically represented by six different and fragmented feminine voices. They give sound to his linguistic roots which are spread all over Europe. These languages are: Polish and Hebrew (from the Father’s side), Hungarian, Triestino, and Italian (from the Mother’s side); German (from the wife’s side, prolonged onto his children’s culture).