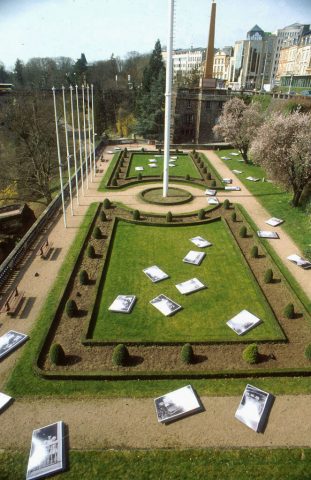 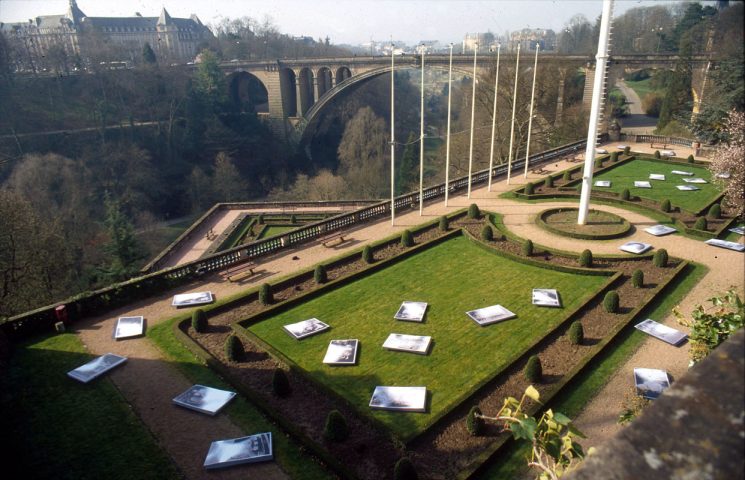 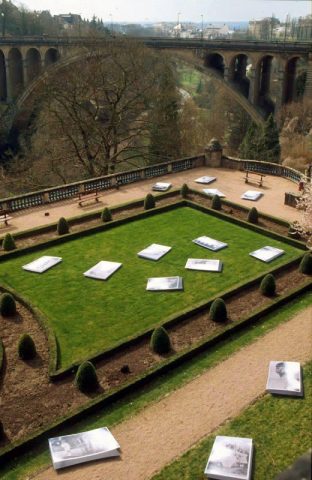 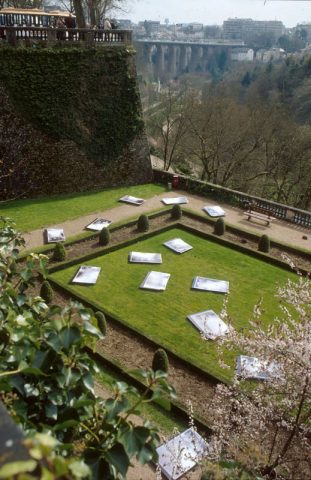 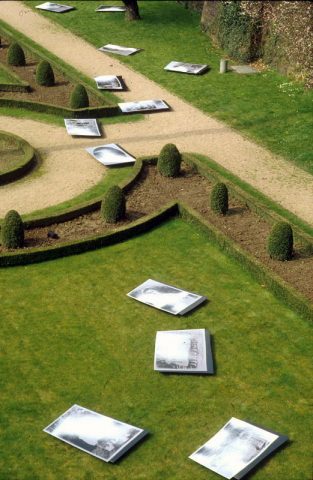 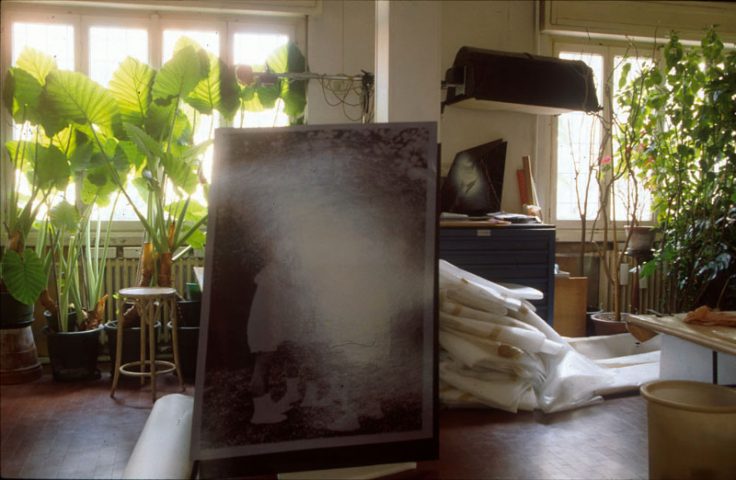 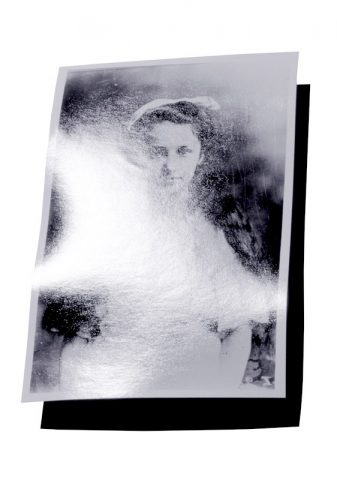 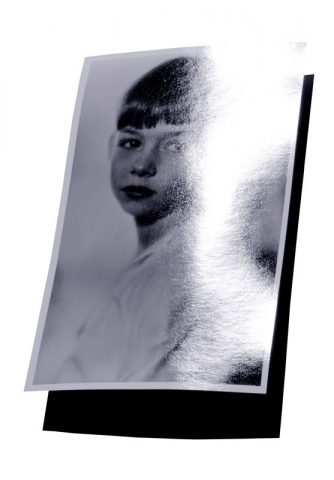 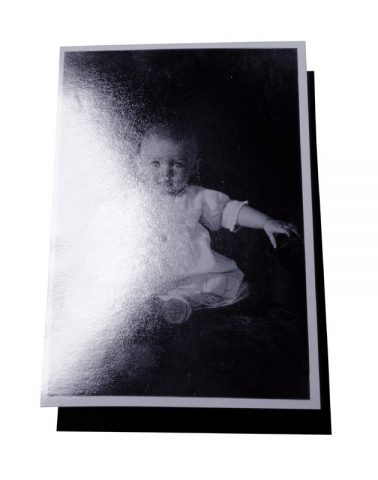 A wind of memory
has laid the images of the children
of the Grand-Ducal Family of Luxembourg
on the rampants of the city.

The white icons of the infants
rest all scattered in the garden
like migrant birds of time.

The mankind, the origins of the world,
the symbols of power, of the city and life
reappear in the present time.

The immaterial and sonant icons of the world of infants voices chase each other round the valley and the garden.
Silvio Wolf, 2001

Site-specific urban installation for the City of Luxembourg

The installation is made of 40 large format photographs of the children of the Grand-Ducal family, which have been reproduced from original post cards from the early 20° Century and by the diffusion of the sound of voices of playing, calling and shouting infants.

The pictures are placed over the green and the paths of the Italian-styled garden upon the large rampant overlooking the Petrusse Valley. The voices spread around the garden and the surrounding areas so that the installation can be seen and heard from the Roosvelt Boulevard, from the terrace in front of the Casino Luxembourg and from Place de la Constitution.

The Casino Luxembourg – Forum d’art contemporain takes part in the exhibition Luxembourg, les Luxembourgeois, organised by the Musée d’Histoire de la Ville de Luxembourg from 31 March to 14 October 2001, with three projects realised by Sylvie Blocher, Sanja Ivekovic and Silvio Wolf in different public places in the city of Luxembourg. The projects, presented from 31 March to 3 June 2001, cast an outside look at the social, historical and cultural life of the people of Luxembourg.

Silvio Wolf’s (Milan, 1952) project Angeli del Tempo [The Angels of Time] evokes the passing of time, the (pretended) innocence of childhood, the themes of fate/destiny and power. Some forty photographs (enlarged to 2 x 1 m) showing the Grand Duke Jean as a child with his brothers and sisters at the beginning of the 1920s, are scattered about a terrace – now laid out as an Italian garden – of the ancient fortress. The terrace, dominated by the national flag, is situated halfway down between the upper city and the Pétrusse valley which it overhangs. To draw the walkers’ attention – for whom, a priori, the photographs are not immediately visible –, sound tracks have been placed high up on the battlements and diffuse the laughters and cries of children playing, together with the singing of birds. Puzzled, the passers-by will run their eyes over the ramparts and discover the photographs blurred by the light of children whose destiny has been very special.